The Tingkasan Bat cave is a nondescript sea cave blending at the stony walls of the Tingkasan island facing the Visayan sea; this tourist attractions belongs in the Municipality of Kawayan. The nearest town is Brgy. Balacson.

Tingkasan bat cave is home to a colony of bats in which their number is sadly reduced due to irresponsible hunting and destruction of their habitat. Species of bats living are not known. The cave is yet to be measured.

The cave is best viewed from a distance to fully appreciate its rectangular opening. Local folklore says that its distinctive shape was man made rather than a natural formation. Legend says that the Japanese hid chests laden with jewels and historical artifacts during the World War II on the year approximately 1943- 1944, when the Japanese left Biliran before the Leyte Landing of General Douglas McArthur.

There were unsubstantiated rumours that allies of the Japanese forces recovered the gold before the full retreat of the Empire of Japan in the Philippines. However their boat was sunk by the American/Filipino forces patrolling the area. The stories of sunken treasure is strife in our place.

Others contend that the real treasure of the Tingkasan bat cave is the valuables buried thru secondary burial tradition of the early settlers. It is the practice of putting the deceased in a casket or burial jars with a “pabaon” usually something of value to help their loved ones in the afterlife. The “pabaon” were the ones plundered by the treasure hunters. There were others that say it was the Japanese forces who stole from this ancient burial ground to add to their burgeoning stolen loot not the other way around.

An excerpt from a Biliran History by Professor Rolando Borrinaga:

A lesser-known set of artifacts in Biliran is an earthen secondary burial jar that contained human bones and a small earthen pot. These were rejects left behind by treasure hunters who plundered the seaside cave on Tingkasan Islet off Barangay Balacson in Kawayan town for valuable items in the 1970s.

After they left, the residents of Balacson buried the bones and several broken burial jars with their contents in the floor of their Catholic chapel.

On May 11, 2003 the Balacson pot, a wide-mouthed and slightly deformed artifact that perhaps contained send-off items such as food or pieces of jewelry for the dead, was loaned by the barangay for the Municipal Museum Display Contest in Naval. This was during the launching of the Biliran Museum Project that was timed with the 11th anniversary of Biliran.

The bat cave is a favorite stop for tourists on their way to Sambawan island. The place is ideally good for spelunking, diving and spear-fishing. As to now there is no local ordinance that is prohibiting visitors from disturbing the place.

How to Get There in Tingkasan Island From Naval Town Proper

We Want to Hear From You!

Your feedback is important to us! Write a review for your visit in Tingkasan Bat Cave and help other travelers. 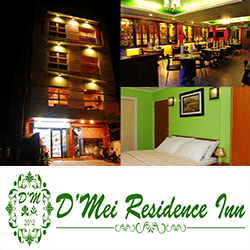 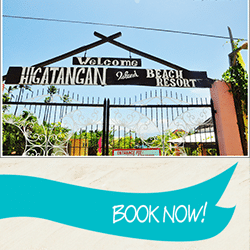